The Supreme Court in the United States ruled recently, in a 5 to 4 decision, to uphold President Trump’s travel ban. There are fifty Muslim countries in the world, yet only six are banned: Syria, Iran, Libya, Yemen, Somalia, and Chad, in addition to North Korea and Venezuela. Thousands of Muslims and non-Muslims stream into the United States daily; most are law-abiding, but a small percent are radical Islamists or criminals, so proper vetting is essential to keep the country safe. It is impossible to vet people from those dysfunctional countries so, for now, it’s best to keep them out.

The lack of vetting has already allowed criminals and violent gangs to enter this country. In the 1990’s, President Clinton allowed Somalis into the country with little or no vetting. Today there are more than a hundred thousand Somalis, most of whom live in a community dubbed “Little Mogadishu” in Minnesota. It is one of the worst centers of crime and gang warfare in the country because the people who came, unlike the immigrants who built America, are not interested in assimilation, in becoming American. In a recent poll, most preferred Sharia law to American law. Young men routinely roam the streets shouting at and threatening women who don’t conform. To the dismay of the law abiding inhabitants, the ills of their country of origin have followed them. Beatings, knifings, rapes, burglary, drug dealing and murder are common. The community is also a center for terrorist recruitment and many young men have already left to join ISIS. The travel ban will help to keep criminals and terrorists like these from entering the country, so why is there so much opposition to it?

Those who oppose the ban give the spurious argument that it is anti-Muslim. Were that so, all Muslims would be banned, and the two non-Muslim countries wouldn’t be included.

The truth is it is not about religious freedom, or about the actual travel ban. Donald Trump, who proposed the ban, is the issue, not the ban itself. Had the policy been written by President Obama, it would have been different.

With 9/11, the Boston Marathon bombings, and the Ft. Hood massacre, America has suffered enough at the hands of Muslim extremists. Proper immigration policies can prevent terror. Italy, with two million Muslims, is strict on immigration, unlike France, with its open-door policy and lax law enforcement. In the past four years, France has had ten terrorist attacks, and Italy, none.

Of the four dissenting judges, three, Ruth Bader Ginsburg, Elana Kagan. and Stephen Breyer are Jewish. They, like most American Jews are in the liberal, Democratic camp, which is still reeling from last year’s election defeat. In a paroxysm of rage at Trump’s unexpected win, Democrats are stonewalling everything he proposes whether it’s good for the country or not.

Ginsburg, at 85, has become a cult hero of the left, and she is feted throughout the Jewish community, but her open borders stance is bad for the country, and worse for Jews. An influx of radical Muslims has led to widespread anti-Israel protests on campuses throughout the U.S. where pro-Israel speakers are routinely shouted down, and Jewish students cower. Now a guard is posted in front of every synagogue during services. This is not how free Americans should have to live.

The issue of vetting immigrants is just as important for Australia. With desperate people washing up on its shores, now is the time to confront the hard questions about those who seek asylum.

Helen Applebaum is an artist, writer, and teacher who has lived in New York City for most of her life. Her artwork is in the permanent collection of the Museum of the City of New York. Her articles have appeared in Women in the Arts newsletters, Art Times Journal, and Salt Magazine. She has visited Australia six times and plans to relocate there soon. 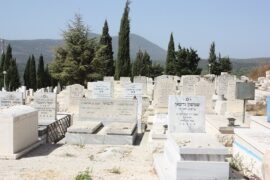 Couple Denied the Purchase of Burial Plots due to Ancient Custom 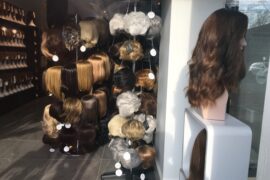 Reclaiming Myself And My Power By Growing My Hair 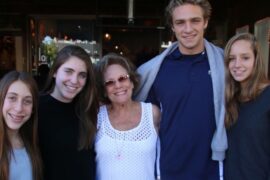 What Is The Future For Our Grandkids?